Angela Carson a Californian, the media spokesperson for the Karnataka Premier League writes in her article The naked truth about the Indian Premier League cheerleaders in her blog: Angela’s Adventures in Bangalore 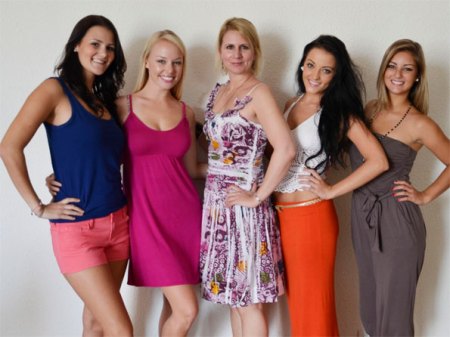 These girls are smart, have huge hearts, warm personalities, volunteer their time to charity and can dance your socks off!

No one likes to be falsely labeled or judged. Sadly, I did it before I heard how ridiculous I must have sounded when I heard my buddy make his outlandish claims about women he’s never met. Thank goodness my “fight for the underdog” and “women’s equality” gene kicked in because if not I would have never spent a fun afternoon with Melissa, Nadine, Kaylé and Daniella – who for me were ambassadors for all of the white cheerleaders in India. These girls adore India, respect and are friends with the players and their wives and girlfriends, have a good head on their shoulders and dance their hearts out cheering for our one common goal – an IPL victory!

….Here in India, although the girls do have official public relations obligations, one thing that touched me the most about them was the activities that they schedule into their own free time, away from the cameras and the limelight. In Kolkata they spent time at Mother Teresa’s Mother House charity where they all felt in awe of the impact she’s had on the world.  They also visited and donated their own time to an orphanage, which they all said left a lasting impression on them and has touched them more than any other experience to date in India.

Melissa Burke (26) team captain. … After high school, Melissa went on to university to study psychology and organisational psychology and next year plans to return to complete her honours and start a career in child psychology because of her passion for helping the young. …She water skis, wake boards and last year took a course in meditation, which she continues to practice here in India .

Nadine Theron (youngest of RCB cheerleaders)…At the age of four she started acrobatics training and is the only member of the RCB cheer team who does acrobatics, including front and back flips, to pump up the crowd at matches. Nadine holds her associate teachers certificate to teaches acrobatics to children.

Kaylé Koegelenberg is 22, from Windhoek, Namibia…the town where Angelina Jolie and Brad Pritt’s daughter was born…. She’s been dancing since the age of five and has played so many sports – including hockey – that I couldn’t write them all down!

Daniella De Silva(21) AKA Danimal, is the team joker. She started taking gymnastics classes at five and then modern dance classes at six, which she continued along with hip hop through high school.  ….. she will stay back in India and move to Mumbai after IPL is done. She hopes to make it big in Bollywood one day and work alongside Shahrukh Khan. In Hindi, she’s learned to count up to 23 so far, and is picking up the language quite quickly with a zealous and fun passion for pronunciation!

Back home most of the girls are involved in at least one, if not more, charity organisations. Melissa helps build new schools and improve the infrastructure in townships (slums) and hopes to work with premature babies as a kangaroo therapist.  Kaylé believes in giving her time, not money, and donates her time to underprivileged children’s homes. She’s now going through orientation and background checks in order to spend more time with those kids teaching them to play hockey, although she admits that struggling to generate funds to buy one hockey stick for each kid is a challenge.

Read the full article: The naked truth about the Indian Premier League cheerleaders

(Angela Carson is a Californian who moved to Bangalore in April 2011. Aside from writing for magazines, newspapers and various websites, she heads up the MarCom team for a leading Indian BPO company. She also works in the exciting world of cricket public relations as media spokesperson for the Karnataka Premier League. Angela is also a blogger)

7 thoughts on “IPL cheer-girls are teachers, gymnasts & acrobats, not strippers!!!”