“I knew what I was doing when I leaked the documents to you. I could not count on my government or Bofors or the government of India to get to the bottom of this.”

STEN LINDSTROM explains why he chose to turn whistleblower to CHITRA SUBRAMANIAM-DUELLA  in The Hoot (http://www.thehoot.org).Sten Lindstrom is the former head of Swedish police who led the investigations into the Bofors-India gun deal.

Q– What was your experience with the Indian investigators? 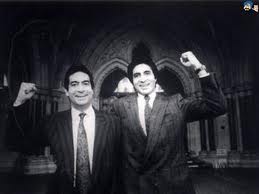 A – The only team I met in early 1990 damaged the seriousness of my work and the media investigation. I met them on a courtesy call. They were in the process of filing a letter-rogatory (LR) in Switzerland. Without an official request from Switzerland, Sweden could not intervene. They gave me a list of names to pursue including the name of Amitabh Bachchan. They also told me they did not trust you entirely because you had refused to link the Bachchans to the kickbacks. During that trip to Sweden, the Indian investigators planted the Bachchan angle on DN. The Bachchan’s took them to court in the UK and won. DN had to apologise and they said the story had come from Indian investigators. I was disappointed with the role of many senior journalists and politicians during that period. They muddied the waters.

A – There cannot be final thoughts on something like this. False closures of corruption bleed the system. Every day has to matter. When something like the scale and violence of Bofors happens, you begin to question your own faith as a professional and a human being. When you start losing faith, you begin to lose hope. When hope is lost, everything is lost. We cannot afford to let that happen. Maybe we will get nowhere, but silence cannot be the answer.

Read the full interview on The Hoot : http://www.thehoot.org/web/home/story.php?storyid=5884&mod=1&pg=1&sectionId=1&valid=true